Not Your Father’s Network… or is it? – Connected World Magazine, June 2015 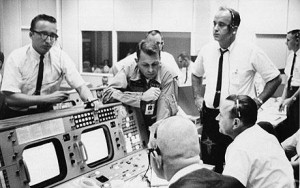 During the past 10 years, we’ve seen the take-down of just about all of the low-bandwidth networks that were originally designed to support connected machines.  Ardis, DataTac, Mobitex, CDPD…  even AT&T’s 2G GSM network is on the chopping block — with all of the spectrum on which these networks operate cannabilized into 3G and 4G networks to support the public’s seemingly endless appetite for mobile broadband services such as streaming video.

Quietly, in the background, technologists around the world have been developing a new generation of narrowband networks designed specifically for machine communications.  These networks, called low-power wide area networks or LPWANs, are just starting to make their way into deployment.

While their base technologies differ substantially, all of these networks offer 3-10 mile coverage from base stations that cost around $5,000.  Each base station can support thousands, hundreds of thousands or even a million endpoints — with modem costs sub $10 and airtime costs as low as $1 per month, or even $1 per year.

Leading LPWAN technologies including SIGFOX, LoRA and Weightless-N are described in my June/July Connected World column “Not Your Father’s Network… or is it?”

Give it a read here:  Not Your Father’s Network… or is it? at Connected World Magazin