As if CTIA Wireless 2011 (Orlando, March 21-24) didn’t already have an identity crisis, coming so close on the heels of South by Southwest Interactive, Mobile World Congress and CES, at&t and T-Mobile stole whatever thunder CTIA may have planned by announcing their controversial merger on March 20th, one day before the show’s “Pre-Conference Day.”  The pending at&t – T-Mobile deal was on everyone’s lips the entire show, colored by speculation about whether the deal would be approved, possible divestitures, customer impacts, expected layoffs, disruptions to the supply chain and more. 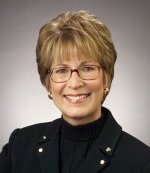 The ripple effects of an at&t – T-Mobile merger will be felt in every corner of the U.S. mobile industry. It’s not just duplicative employees and retail partners that have reason to worry.  As Gail Meneley of Shields Meneley Partners pointed out to the Executive Women in Wireless, every member of the U.S. mobile value chain will feel the impact, including companies that sell network equipment, lease cell sites, outsource call centers, provide professional services and place ads.  Plus the other customers and employees of those businesses, and communities in which they reside.  If it wasn’t for all the speculation, the U.S. wireless industry would be collectively holding its breath waiting to see how at&t – T-Mobile plays out.

Will the deal be approved?  Doubtlessly, though the merged company will be required to divest some of their spectrum licenses in markets they dominate – which could spur an expected downstream 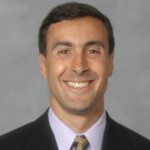 consolidation of CDMA players (probably not led by Verizon). Wireless analyst Mark Lowenstein believes wireless industry consolidation is about scale and cost:  mobile operators are challenged to provide wireless broadband services anywhere and anytime, but are locked into a cost structure which “… costs them 7-10x to deliver a ‘bit’ of data over a wireless network, compared to wireline.” Streamlining operations, rationalizing spectrum holdings, capturing scale advantages and eventually converting a larger network to LTE will all improve AT&T’s cost structure. Whether these reduced costs are passed on to consumers may be a critical measurement of the merger’s long-term impact.

Speaking of LTE, it was fun to watch the “4G wars.” Despite the announced buyout, T-Mobile is still jabbing

at AT&T in ads for their HSDPA+ “4G” network:  “sometimes you just have to pay more to be slow.” Sprint’s CEO Dan Hesse delighted the Day 1 Keynote audience when he quipped, “I thought T-Mobile already had 4G,” after AT&T Mobility President & CEO Ralph de la Vega used an expanded footprint for their planned LTE network to justify the merger.  Meanwhile, MetroPCS quietly continues their LTE build-out in bandwidth that allows only 3G speeds  They’re in it for LTE’s improved cost structure. Rumor has it that both T-Mobile and Clearwire’s top tiers have cleared out within the past few weeks, plus the at&t – T-Mobile deal puts pressure on Sprint to clarify their strategic positioning with Clearwire, and on newcomer LightSquared to complete the buildout of their hybrid satellite/LTE network and validate their wholesale-only business model.  It’s time for the U.S. mobile industry to step up and provide, in Lowenstein’s words, “Real 4G, not ‘4G.’ ” 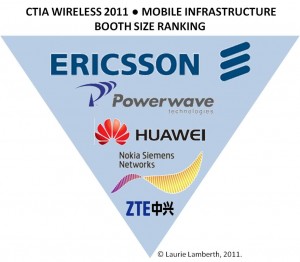 The growing presence of Chinese companies at this U.S.-centric show gave me pause.  China Telecom’s EVP Yang Jie presented a Day 2 Keynote address, the show floor featured four separate China Pavilions, and Huawei’s booth was bigger than Nokia Siemens Networks.  An Open Vista Consulting report released in February shows Nokia Siemens leading in LTE with 29% of 2010 LTE equipment market share, followed by Huawei and ZTE with 19% and 17% respectively.  Counting LTE contracts issued in prior years, Huawei and ZTE lead with 44% combined cumulative share (23% and 21%, respectively) while Nokia Siemens Networks and Ericsson each hold 18%.  The Chinese are making it clear they are here to stay by expanding into additional wireless segments, particularly M2M and mobile device management. 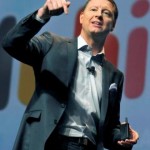 M2M – connected devices – embedded wireless – the “Internet of Things” – the “Networked Society” – whatever you call them, wirelessly connected devices that are not phones, laptops, netbooks or tablets, and the services that talk to them, continue to be one of the fastest-growing segments of the global wireless industry.  Sprint’s Hesse, during his Keynote remarks, forecasted 2.1 billion M2M devices by 2020 which is a fraction of the 50 billion connected devices Ericsson’s CEO Hans Vestberg promised in his Keynote the following day.  Whether the growth rate in connected devices is 30 or 300+% annually, explosive growth in this sector is fueled by connected health, proximity marketing, point of sale, automotive, energy, greentech and other high-growth verticals that provide high value for individuals, families, communities and enterprises. Dr. Patrick Soon-Shiong, who in addition to being the chairman and CEO of the Institute for Advanced Health is also the executive chairman of the UCLA Wireless Health Institute, #196 on Forbes’ 2010 global billionaire list, and a minority owner of the LA Lakers, blew the Day 2 Keynote audience away with his live-via-video presentation that described how “Tapping the Human Signal Engine” will allow us to radically improve medical care and quality of life. He showed us a “medical home” equipped with sensors to monitor movement, medication and vital signs, and glasses that can balance out Parkinson’s tremors.  Soon-Shiong’ demonstrations ranged from a miraculous machine that reads brain waves to dial a phone number to an iPhone app for the visually impaired that can identify money and objects.

when devices move across borders.  Eurotech’s cloud-based Everywhere Software Framework (ESF) provides  “social networking for machines.” In their words, ESF “enables real-time communication between any combination of devices and systems, over virtually any combination of communication subsystems.”  Plain language:  ESF makes it simple to connect anything to any network for any payload, ranging from 1-and-0 sensor data to on-demand broadband video. 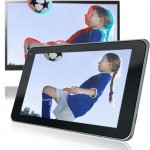 The most heavily trafficked booths at the show showed off the latest smartphones and tablets.  My favorite was the LG G-Slate — the first tablet to include a 3D display (8.9 inches, requires glasses), plus Android 3.0, dual rear cameras to record 3D 1080p video and a front camera for video chat. More and more smartphones act as a Wi-Fi hotspot, causing me to question the future of cellular hotspot devices such as the Novatel MiFi and its knockoffs.

It was great to see a heightened emphasis on mobile solutions at Spring CTIA this year, which I normally expect at the fall show.  Show-floor pavilions featured Mobile Apps, mCommerce, Wireless Health, Cloud Computing, Safe Driving and M2M in addition to country pavilions from Spain, Korea, Israel, Ireland, Taiwan, China and Germany (a German-speaking zone:  Guten tag!). Almost as important as the show itself, I’m happy to report that 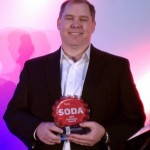 the number of and budgets for parties were significantly up this year.  (OK, maybe parties are the most important part…) I attended several well-stocked and well-attended soirees, with more invitations on Tuesday than I could attend, though I didn’t miss the informal Nextel reunion at eve’s end.  The food at Smith Micro’s Ritz-Carlton SODA awards Wednesday night was over the top:  I ate nine giant-sized shrimp and countless pulled pork pancakes…  mmm…  Congrats to Tom Nagel of Comcast for collecting an award.  It’s great to see the parties picking up again, since the networking there tops the show floor and conference sessions. 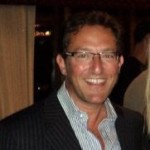 For me, the highlight of any CTIA show is the people. We work within a vibrant, growing industry that’s innovative, creative, aggressive and smart. My best friends in the world are at this show, and I am grateful for the few minutes we’re able to squeeze in-between other commitments to share a story, a hug, a need or a pint.  It’s also fun after almost 20 years in this industry to meet some of my colleagues for the first time:  there are lots of brilliant, successful people who helped grow this industry with me, but had other company names on their paychecks all those years.  For example, I met Gary 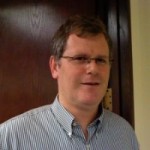 Cohen, then VP and General Manager of Flirtomatic USA (now SVP Market Research, ITG), at the CTIA Chairman’s Reception a couple of years ago.  Gary and I competed head-to-head when he launched Pac Bell PCS in San Diego in 1996 while I held off the competitive onslaught as a marketing manager for Nextel Southern California.  And Steve Webster, now Director of Project Management for EDX Wireless:  while we were flying home from Orlando, Steve and I discovered that we worked together in the early ‘90’s but didn’t know it.  He helped light up Nextel’s first network in L.A., the one I launched as Business Manager, though we never met because he worked for design contractor LCC.

Next year, CTIA will move the show to New Orleans in May – two months later.  Hopefully a later date will give the show the 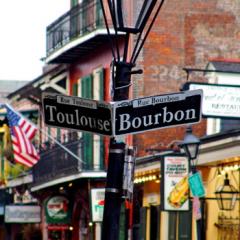 relevance it’s lost from being squeezed by other important first-quarter shows.  This will be the seventh time New Orleans has hosted CTIA, more than any other city. Shows there are always fun … who can resist the charms of Bourbon Street? Orlando’s taxi shortage and unregulated black car fares make getting around far more troublesome and expensive than it should be.  I hope CTIA gives Orlando a rest for good.